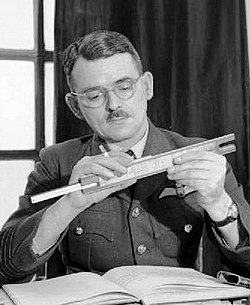 A talk by Ian Whittle  entitled – “Genesis of the Jet”.

Ian began flying through the Government Flying Scholarship scheme in 1952 when still a schoolboy. After qualifying for his Private Pilot’s Licence, he joined the Royal Air Force and flew the Meteor and Hunter jet-fighters. On leaving the RAF, he joined Kuwait Airways – living in the Lebanon until the end of 1969. Thereafter, he was employed by Cathay Pacific Airways and lived in Hong Kong until retirement as a management pilot – flying the Boeing 747. He is the son of Sir Frank Whittle inventor of the turbojet. Ian’s father  was a Royal Air Force officer who made a major contribution to the invention of the jet engine.Frank Whittle was born on 1 June 1907 in Coventry, the son of a mechanic. His first attempts to join the RAF failed as a result of his lack of height, but on his third attempt he was accepted as an apprentice in 1923. He qualified as a pilot officer in 1928.

As a cadet Whittle had written a thesis arguing that planes would need to fly at high altitudes, where air resistance is much lower, in order to achieve long ranges and high speeds. Piston engines and propellers were unsuitable for this purpose, so he concluded that rocket propulsion or gas turbines driving propellers would be required. Jet propulsion was not in his thinking at this stage. By October 1929, Whittle had considered using a fan enclosed in the fuselage to generate a fast flow of air to propel a plane at high altitude. A piston engine would use too much fuel, so he thought of using a gas turbine. After the Air Ministry turned him down, he patented the idea himself. Unfortunately when the patient ran out he could not afford the £5 to renew.

In 1935, Whittle secured financial backing and, with Royal Air Force approval, Power Jets Ltd was formed. They began constructing a test engine in July 1936, but it proved inconclusive. Whittle concluded that a complete rebuild was required, but lacked the necessary finances. Protracted negotiations with the Air Ministry followed and the project was secured in 1940. By April 1941, the engine was ready for tests. The first flight was made on 15 May 1941. By October the United States had heard of the project and asked for the details and an engine. A Power Jets team and the engine were flown to Washington to enable General Electric to examine it and begin construction. The Americans worked quickly and their XP-59A Airacomet was airborne in October 1942, some time before the British Meteor, which became operational in 1944.

The jet engine proved to be a winner, particularly in America where the technology was enthusiastically embraced. Whittle retired from the RAF in 1948 with the rank of air commodore. He was knighted in the same year and went to work in the US shortly afterwards, becoming a research professor at the US Naval Academy at Annapolis. Whittle died on 9 August 1996.