Since retiring from BBC TV as a Film Director specialising in travel documentaries, Colin has found a new career lecturing aboard major cruise liners on his favourite subject ‘The Great Gardens of the World’. Whilst on these fabulous journeys, he has been able to visit even more gardens which he shared with us in this talk on the great gardens of Europe, Asia, Australasia and America.
Colin is an accredited lecturer with the Royal Horticultural Society and flower judge for the Surrey Guild of Horticultural Judges. For 35 years a Film Editor and Director at BBC Television specializing in travel and documentary programmes. As a photographer he has travelled the world and recorded the great botanic gardens and their plants.
Colin is a horticulture judge and has an encyclopaedic knowledge of plants, and his presentation backed this statement to the full.
He has travelled the world lecturing on cruise ships, and this talked spanned many countries he has visited showing a multitude of colour photographs in quick succession via his lap top and powered computer projection system.
For example in Iceland, with eider ducks and geysers, the volcanic heat is used to warm greenhouses, so the population is self-sufficient in salads and they can even grow bananas, these were interspersed with a range of humorous signs where the translated English were often baffling.
Colin then zoomed to Paris, and the Tuileries Gardens, Versailles, and the wonderful Monet’s garden at Giverny with its strong Japanese influence.

In Holland, where billion’s of tulips are grown each year, with hyacinths and many other bulbs, they are grown on reclaimed land. The Keukenhof Gardens south of Amsterdam are lovely in April, with water, tulips and grape hyacinths as seen on his slides.

In the Alps famed for trailing geraniums in window boxes then to Spain, and the shady, palm trees of Mediterranean gardens in Granada. The Alhambra Palace and Generalife Gardens were built by the Moors in the 13th century, where streams and pools of water demonstrated coolness and of course wealth!. In Barcelona Spain, the architect Gaudi was fond of covering everything in mosaics, so there is a memorial park with winding mosaic paths and structures, and no straight lines.
Hanbury Botanic Gardens in Italy, the Quaker Thomas Hanbury who was born in Clapham, who went to China to trade, when he retired to Italy and cultivated a huge garden, where he continued his horticulture interests. Eventually he returned to Wisley, Surrey eventually he left his property to the RHS.

Cape Town has numerous varieties of wild flowers such as Ericas, Orchids and Hottentot figs, in the Kirstenbosch Gardens are hundreds of Proteas (below), Strelitzias and Osteospermums, which are native to South Africa, the Gardens were bequeathed to the nation in 1913.

Colin continued at breakneck speed via Singapore, Bangladesh, India, Australia, New Zealand, Hawaii, California, Canada, Florida, the Azores, Madeira, Denmark he zoomed around the world and completed a superb presentation leaving our members quite breathless.
The images on this report only give a represented taste of those covered by Colin, to cover the full talk is not possible on this limited web site, then if you have the opportunity go to one of Colin’s talks, or book up for a cruise where he is one of the lecturers. 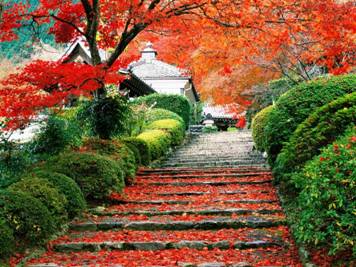 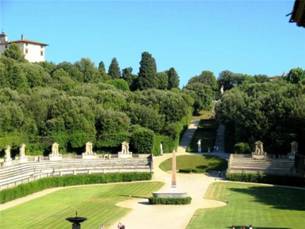 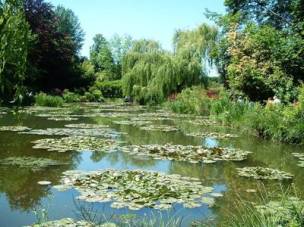 After this breathtaking show of hundreds of photograph supported by a very professional supporting script in both horticultural knowledge coupled with a humorous flavour, it was warmly supported by the membership with our traditional and extensive applause.